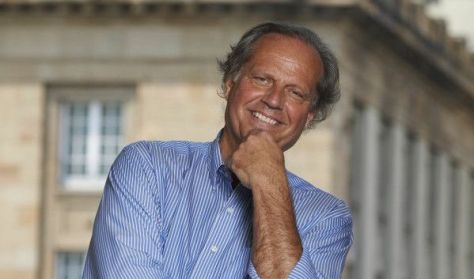 There can hardly be imagined in our time a work that conveys a more important message to humanity, as it debates the possible fate of the earth, about threats to the natural environment than Götterdämmerung does. Perhaps there is still time for us to return the ring to the Rhinemaidens.

In spite of the destruction of the world that is about to ensue, the notes ringing out from the orchestra pit at the very end of the final music drama in the Ring of the Nibelung are ones of hope, for the end holds forth the possibility of a new beginning. This is because the final sounds come from the strings playing the broad lyrical notes of the transfigurative Redemption motif.

It was a telling artistic decision on Wagner's part to have Wotan, the central figure in the story and the mover behind every development in the plot, absent from the final piece in the tetralogy. We only hear about him indirectly from Waltraute. Or is Wotan perhaps not the most important character after all, and that distinction should go instead to the disgraced and banished Valkyrie Brünnhilde? In a moral sense, she surely is. Wotan is a fallible god who violates the treaties inscribed in runes on his spear: sacred contracts over which he himself is the custodian. The pure, noble and courageous Brünnhilde, on the other hand, is a living memento of the command "Be worthy". When she leaps onto Siegfried's funeral pyre with her steed, Grane, this is not death but rather the ecstasy of a final reunification. After having portrayed Siegfried as invulnerable, the marvellous German heldentenor Stefan Vinke will now present him as being vulnerable, and the role of Brünnhilde will once again be split at the two performances between two sopranos: the Swede Iréne Theorin and Britain's Catherine Foster. With his dark vocal cords, German singer Albert Dohmen will bring a granite-hard character to his portrayal of Hagen. The international production also features two outstanding Hungarians in the cast, with Károly Szemerédy taking the Müpa Budapest stage as Gunther and Polina Pasztircsák as Gutrune.

The French conductor Louis Langrée returns to the pulpit of BFO with a French program, performing the music of two…