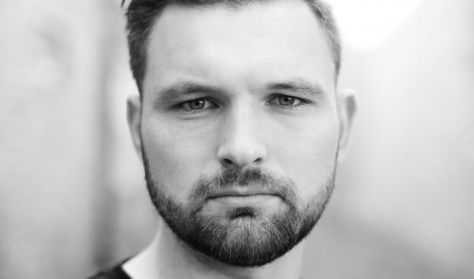 "He can do it all and does it with more finesse and maturity than you would expect from a twenty-something." "An artist whose natural communicative gift shines through in every note." These are typical descriptions of the young British baritone James Newby that have been published recently, all heralding him as the most promising talent of his age group.  more

As a selected artist of the annual Rising Stars concert series, run by the European Concert Hall Organisation (ECHO) to present young artists, he will get to demonstrate his skills to the audience at Müpa Budapest as well.

BBC New Generation Artist, member of Staatsoper Hannover, resident Rising Star of the Orchestra of the Age of Enlightenment, winner of the Richard Tauber Prize - and we could list even more titles, memberships, accomplishments and awards indicating that Newby is the kind of artist who is worth listening to and one whom we are certain to be encountering frequently later on. What emerges most strikingly from an examination of his biography is his versatility: the repertoire of this artist who is already at home in the world of opera so early in his career extends to works as radically different as Mozart's Così fan tutte, Tchaikovsky's Eugene Onegin and Mark-Anthony Turnage's contemporary work Greek. He also sings oratorios (St John Passion, St Matthew Passion, Messiah), and also feels an affinity for the art song literature, performing for example, Schubert's cycle Die schöne Müllerin. Baroque, Classical, Romantic, contemporary - no style of music is foreign to him. At Müpa Budapest, partnering with his veteran accompanist Joseph Middleton on piano, he will interpret Schumann's magical but rarely heard Kerner Lieder along with a true novelty of a contemporary music première: the tellingly titled Casanova in Lockdown, a coronavirus-inspired piece by British composer Judith Bingham, who turns 70 this year.

Nominated for the Rising Stars programme by: Barbican Centre London

HAUSER - Rebel With a Cello

The bad boy of instrumentalists and founding member of 2Cellos known simply as HAUSER announces his much anticipated, first-ever worldwide…