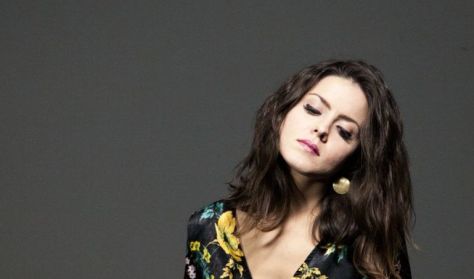 The European Concert Hall Organisation (ECHO) makes sure that it is not only players of the most popular instruments who get to take the stage at the concerts of its annual series presenting young talents.

The artists of Rising Stars do not necessarily need to be violinists or pianists: the series has already featured percussion, flute and horn players, as well as a piano trio, a string quartet and a saxophone quartet. It even includes oboists, like this year's world-class Spaniard Cristina Gómez Godoy, who only selected works that were originally written for this woodwind with such a scanty repertoire.

What kind of musician is invited to join the Bayreuth Festival's orchestra at a young age? One like the Staatskapelle Berlin's principal oboist. The critics praise her brilliant technique and the expressive power of her playing just as much as they do her stunning virtuosity and artistic sensitivity. Born in the Spanish city of Linares, Gómez Godoy studied at the Barenboim-Said Academy and later on at the Rostock University of Music and Theatre. As a soloist, she has performed with such orchestras as the Bavarian Radio Symphony Orchestra, the Munich Chamber Orchestra, the São Paulo Symphony Orchestra, the Malaga Philharmonic, the Polish Chamber Philharmonic and the West-Eastern Divan Orchestra.
At Müpa Budapest's Festival Theatre, she will be playing an unusually interesting programme full of rarities. Promising to be a remarkable experience is the music of the French romantic Adolphe Deslandres, just as are Hindemith's work and the Duo Concertante for oboe and piano that Antal Doráti dedicated to Heinz Holliger. It is traditional for each Rising Stars concert to feature a première of a contemporary work: this time it will be one that British composer Charlotte Bray was commissioned to write by ECHO.